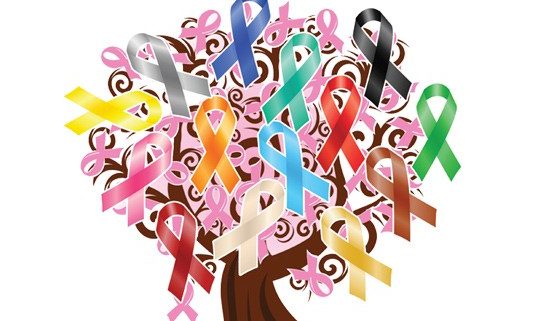 The statistic is startling: between 2018 and 2040, global cancer mortality will increase by 63% due to demographic changes alone. 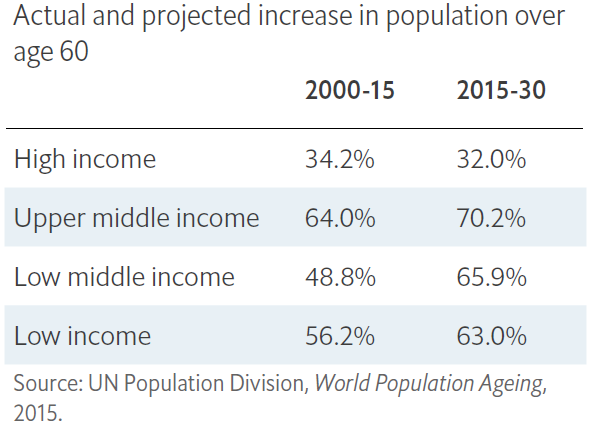 The bulk of this impact is projected to be experienced by low and middle income countries as their, generally much larger,  populations age and economic development moves the cancer mix profile closer to those observed in high-income nations. Even now, although 59% of cancer cases occur in middle- and low-income countries, they see 71% of cancer-associated deaths.

As people live longer because they are not succumbing to previously fatal conditions, the proportion of populations for whom cancer is the cause of death will increase. It is this burden that the tag ‘epidemic’ is being used to label.

Australian age-standardised death rates, by broad cause of death, 1907–2016 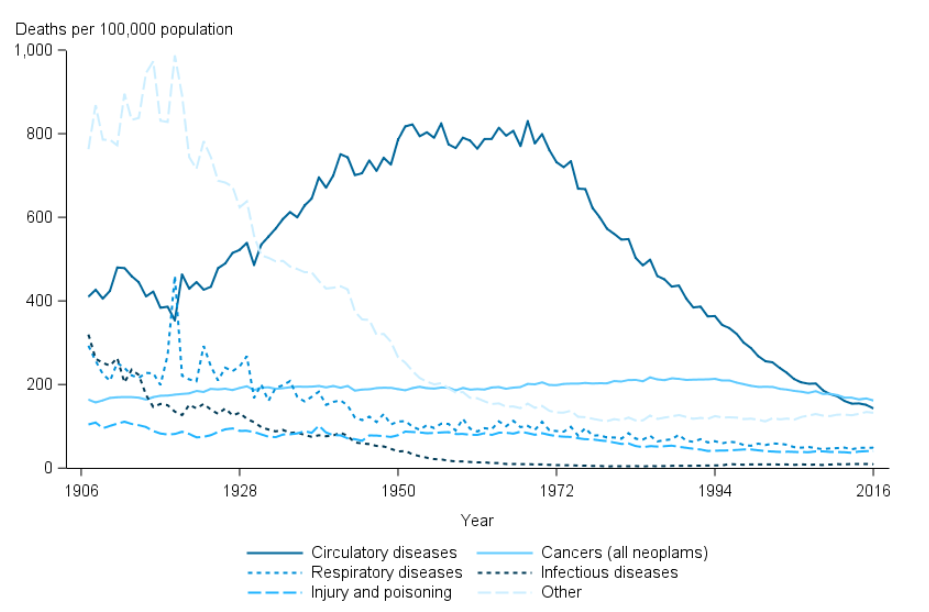 In Australia, the changes in cause of death over time due to improvements in hygiene and healthcare, show that the age-standardised rates for cancer have not altered dramatically over the past century. In fact, cancer (all neoplasm) deaths, after adjusting for differences in age structure, peaked in 1985 (217 deaths per 100,000 population) and have subsequently declined to the 162 deaths per 100,000 population recorded in 2016.

Australia rated poorly on Cancer Preparedness for workforce density (in particular, radiation oncologists, clinical oncologists and surgeons); the capacity of radiotherapy equipment to meet patient need; and the change in out-of-pocket expenditure over 10 years.

To allow bench marking and initiate discussion on best practice, as part of the World Cancer Initiative, the Economist Intelligence Unit (EIU) Healthcare has published an Index of Cancer Preparedness (ICP) combining findings for 45 separate data points to provide a comprehensive overview of how well the 28 included countries are doing in the key areas of this challenge. The study was sponsored by Novartis, Pfizer and Roche.

The mortality-incidence (M:I) ratio (the number dying of cancer in a given period divided by the number of new cases) is used as a measure of healthcare system success against cancer. The EIU found that this ratio correlates closely, and negatively, with GDP. One of the biggest influences in poorer performance countries is that their healthcare systems are less successful in finding and treating curable cancers.

An interactive Excel workbook of the indicators and scores is available (here) by country and can produce comparative maps like that show below for tobacco control policies. 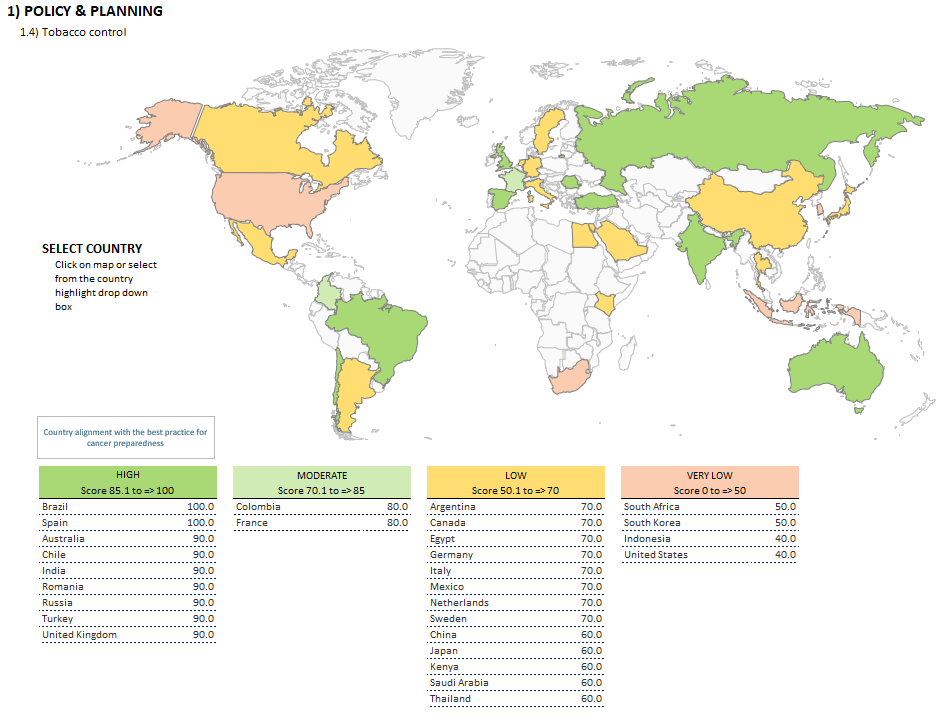 Survival by cancer stage at diagnosis

After the vote …
Scroll to top