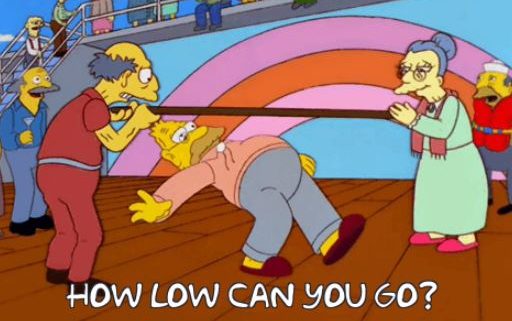 The Fifth Community Pharmacy Agreement (5CPA) contained a clause requiring community pharmacies to provide data to the Commonwealth on each PBS prescription dispensed at a price below the general patient co-payment. This was $35.40 when collection began on 1 April 2012 following enactment of the National Health Amendment (PBS) Act 2010. Prior to this date, PBS prescription data was only collected when a Government subsidy applied, reflecting the original purpose of the system.

The collection of data on use of PBS medicines by the Australian population has become an important secondary function. The combined impact of an increasing general co-payment amount (linked to CPI) and decreasing manufacture prices (price disclosure once off patent, no CPI), mean that a high proportion of medicines listed on the PBS are now priced below the general patient co-payment.

Given that such medicines include many commonly prescribed antibiotics, as well as medicines and other items associated with management and treatment of chronic diseases, it is important to fill this information gap. The Department of Health engaged KPMG to conduct a Combined Thematic Review of Access, Consumer Experience and Quality Use of Medicines under the 5CPA. The March 2015 Final Report did find that the initiative supported this aim. The data is collected from public and private hospitals and 99% of community pharmacies. It provides a tool for health policy planning, research, pharmacovigilance, monitoring risk management protocols and quality use of medicines in the community. The additional data has also been used to improve the accuracy of information available to the Pharmaceutical Benefits Advisory Committee (PBAC), among other decision makers. 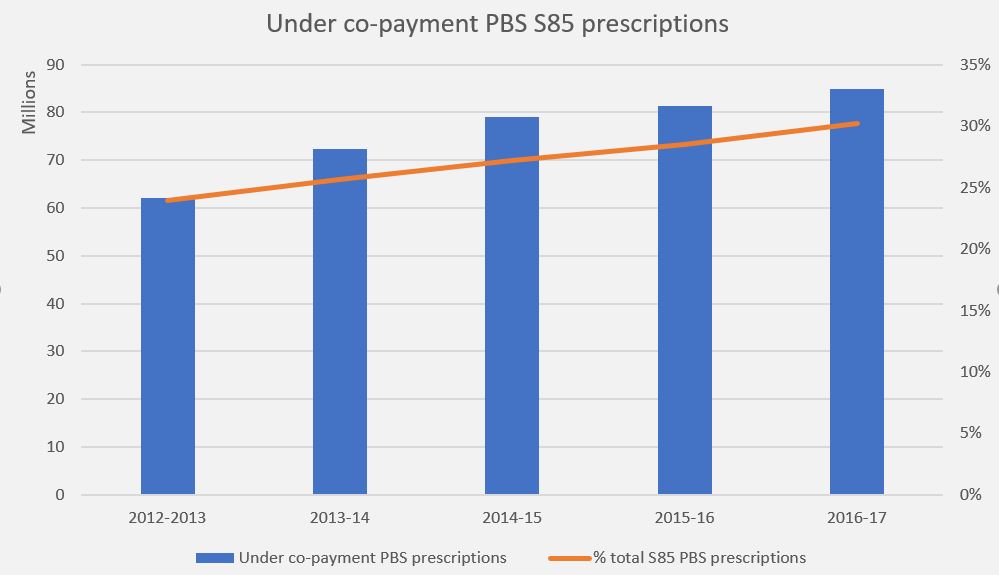 Almost one third of S85 PBS prescriptions dispensed in Australia during 2016-17 were under co-payment and paid for by patients (out-of-pocket). Clearly medicines are affordable or the PBS is not the universal scheme it is generally stated to be.

Other gaps continue to exist in medicine usage data, for example, for medicines down-scheduled off the PBS to over-the-counter availability.