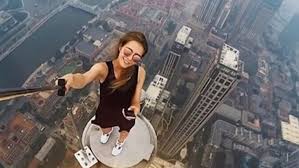 If you want to create a picture of the health status and needs of the residents in a particular Australian location, the first step is to define the area you are interested in. This seems pretty straightforward, until you start pulling out numbers…

Thanks to the Australian Bureau of Statistics, who developed the Australian Statistical Geography Standard (ASGS) in 1984, using the latest version from 2011, you can find statistics from different sources that apply to the same area, and hence, are comparable.  The power of this will become evident in Part 2, and saves a lot of time!

The ASGS is split into two parts. The basis for both are the smallest geographical area defined by the ABS, known as Mesh Blocks (MBs). They are geographic building blocks that take into account factors like suburb boundaries and land use. Most Mesh Blocks contain 30 to 60 homes. Mesh Blocks are updated every 5 years to reflect changes, such as new housing developments.

These are areas that the ABS designs specifically for generating statistics. They also stay stable for 5 years to enable better comparison of data over time.

Statistical Areas Level 1 (SA1s) have an average population of approximately 400 persons. They aim to separate out areas with different geographic characteristics within Suburb and Locality boundaries. SA1s are aggregations of Mesh Blocks.

Statistical Area Level 2 (SA2s) reflect functional areas that represent a community that interacts together socially and economically. SA2s generally have an average population of about 10,000 persons. SA2s are aggregations of whole SA1s.

Statistical Areas Level 3 (SA3s) are designed for the output of regional data and generally have populations between 30,000 and 130,000 persons. SA3s are aggregations of whole SA2s.

Other classifications include SA4s for Labour Force Surveys; State and Territory and Australia for geographical purposes; and specific structures for Indigenous and Remoteness.

As  the title would suggest, these are not defined by the ABS, however they are required to report statistics on them. These measures probably annoy purists within the ABS as they change regularly. For example, Local Government Areas (LGAs) are defined by State and Territory governments and updated annually. The diagram shows the eight Non-ABS structures that generally represent administrative regions and how the ABS approximates them using a construction of Mesh Blocks, SA1s or SA2s.

In Part 2, where and when to put these structures to use locating health data.